Scotland is known for its historical castles, cobbled streets, rich musical heritage, snow-capped mountains, and bagpipes. But there’s another thing that this country has to offer. That is the Northern Lights.

Although not as famous as those in Norway, Canada, and Alaska, northern lights in Scotland is equally breathtaking. The fact that it lies at the same latitude as other northern lights viewing destinations, it is no surprise that Scotland can also provide an experience of nature’s theatrical performance.

Scots don’t call them northern lights, either Aurora Borealis. Instead, they refer to them as “Mirrie Dancers” to describe the flitting and flickering movements of the lights. This rare phenomenon results from the collision between electrically charged particles of the sun and Earth’s gases in the atmosphere. Scientific as it sounds but the result is magical.

Aurora is quite common in Scotland, especially during long cold nights. You can spot them in any part of the country even in the cities. But to experience the best of it, you need to plan your visit carefully.

Between autumn and winter period is probably the best time to experience the magic of Mirrie Dancers. During these seasons, the day switches to longer and colder nights. The sky also becomes clearer that increases the probability of witnessing the auroral displays. If you want to appreciate the peak of Aurora Borealis, staying late until nearly dawn would help.

If you happen to visit the country in the summer, chances are you won’t see any dancing lights in the sky. In this time of the year, midnight sun takes place in Scotland and other high-latitude regions that make it impossible to witness the northern lights. Instead, you can enjoy hikes in the country’s highlands. So better prepare your best hiking boots as well.

Where To See Northern Lights in Scotland?

To better appreciate the phenomenon several environmental conditions must be met such as clear of clouds, with limited light pollution and increased solar activity. Though there is a better chance of sighting northern lights in Scotland from December to February, there are some places in the country where you can have the best view of it.

Here are some of the best places in Scotland where you can spot the northern lights at its best.

The Shetland Islands is among the best places to witness northern lights in Scotland. It is secluded from the city’s polluted atmosphere that makes the aurora more visible. During the winter season, expect the skies to turn on a greenish color, with mixes of pink, blue, or purple at times.

Since the Shetland Islands lie close to the north pole, you could certainly expect to see the aurora borealis multiple times in a night. The auroral displays vary greatly on intensity though. It occasionally gets great bursts so you have to stay late night till dawn to maximize the experience.

Another great spot to witness the dancing lights in Scotland is Orkney, an archipelago on the Northeastern coast of the country. At around autumn and winter, this place gets a festive vibe with the number of visitors chasing the elusive aurorae. Like in any other viewing spots, northern lights are hard to predict here. But once all the environmental conditions align, the waiting will lead you to spectacular displays above the island.

The northern lights in Caithness is equally magnificent as those in the other viewing spots in Scotland. Although traveling to this Scottish county is a bit harder, all your efforts should pay off once you see the assorted colors of lights dancing in the sky. Not only aurora borealis is great here, but the dramatic scenery of the unspoiled area is also breathtaking as well.

Located on the north coast of Scotland, Caithness is covered with high cliffs and offshore stacks. As if northern lights viewing is not enough to experience, you can also try water sports activities like surfing and cliff diving during the day.

Aberdeenshire on the north-east coast of Scotland has one of the best panoramic views of the northern lights in the country if not in the world. During the wee hours of winter and autumn, nature’s light show fills its horizon that stretches from the Banffshire coast in the north down to St Cyrus National Nature Reserve on the east side.

Aberdeenshire is not only a famous spot for aurorae chasers, but it is also a destination for thousands of migrant seabirds. During the day, you can see them swooping on the surface of the waters while dolphins are underneath. If your lucky enough, you can also have the chance to taste fresh salmons and trouts that pride Aberdeen.

Lewis and Harris is the major isle of Outer Hebrides, an archipelago off the west coast of Scotland. Although a bit secluded, reaching the island is fairly easy as it often joined by ferries. During the auroral season, its skies transform into a mix of magical colors everyone wishes to catch. In general, northern lights Scotland only favors those places that lie on the northern coast of the country. That’s why it’s a wonder that the aurorae grace Lewis and Harris even if it is on the western part.

Apart from aurora borealis, there are still more reasons why to visit Lewis and Harris. You can visit the Calanais Standing Stones, Lanntair Arts Centre, and Loch Stiapabhat Nature Reserve.

How can we not include The Cairngorms in our list of best places to catch northern lights Scotland? In fact, in 2018 it was recognized as one of the best places in the world to see the elusive spectacle. When the stars align, you can see the best of Mirrie Dancers the way you imagine – rectangular rays of colors under the jet black sky.

There are different spots in the Cairngorms National Sparks where you can catch a glimpse of aurora. It is covered with top-class mountains and lakes where you can also enjoy various fun activities. During the day you can try skiing, mountaineering, bird watching and more.

Camping while watching the northern lights sounds fun and there’s no best place to do that than in Galloway Forest Park in Scotland. The park has limited light pollution which is ideal to catch the Mirrie Dancers. Galloway’s auroral displays are matched with sparkling stars and constellations at nights.

Galloway is also a vacation hotspot for most Scottish families. It boasts a dramatic woodland where you can experience a range of local wildlife. If you are into sports adventures, you can try cycling, hiking, or driving through the mossy woods.

The Great Moor of Rannoch is among the places northern lights fans should visit. It is one of the remaining wildernesses in Europe that offer a great view of the spectacle during autumn and winter. During these seasons, there is a big chance to catch the dancing lights filling the stretches of the area. But like in any other northern lights viewing hotspots, the chances of catching the phenomenon highly depend on the weather.

While waiting for the perfect timing to catch the aurora, you can enjoy the challenging walks in the remote hills and cycling routes of the moor.

Calton Hill and the National Monument

Even cities can also provide you a magnificent view of the northern lights. Just the idea of towering buildings and colorful lights meeting is ecstatic already. If you want to experience exactly that, there is only one place you should go to when you’re in Scotland. That is the Calton Hill and the National Monument.

Calton Hill is situated in Central Edinburgh in the east of the city’s New Town. From there, you can have a great view of the monumental buildings of the city while enjoying the great colors of the aurorae. You can extend your stay in the area until early morning as it also has the best sunrises in town. That’s hitting two birds in one stone!

Lochinver is more than just a fishing village that it is known for. During autumn and winter, it also offers a great view of auroral displays worth to be recognized. The village connects to the Assynt district of Sutherland, providing a panoramic view back across to Suilven. On the heyday of the Merrie Dancers, you can catch a great glimpse of the theatrical light show from the coast that even reflects in the sea waters.

To catch a view of the Northern Lights is a milestone. It is everyone’s dream but only a few are lucky enough to actually experience them. If you already have the opportunity to go somewhere north, better not waste the chance to see the aurora. It may hard to chase them though, plus you have to go through the usual hassles of planning a travel. But all is worth it once you are under the dancing lights. Just don’t forget to take a snapshot of it and share the experience with us! 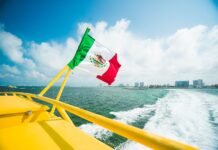 Is Cancun Safe To Travel? These 10 Places Will Prove It YES

15 Amazing Things You Can Do In Gatlinburg, Tennessee

Travel To India: Great And Ugly Things To Know Before You Go 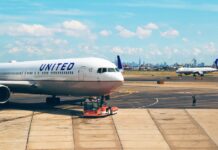 Ultimate Guide To BEST Things To Do In Wadi Rum, Jordan